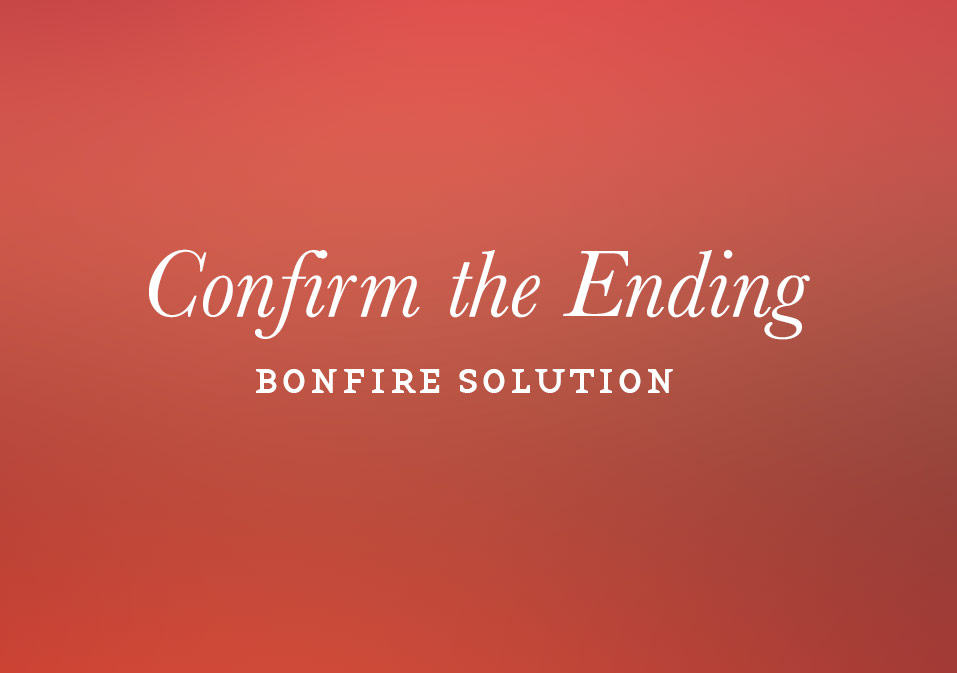 Bonfire wants us to confirm the ending of a string so that whatever is last in a string matches whatever value we put into as another variable. Here’s what it starts us off with:

Knowing Free Code Camp, they’re not going to make it as easy as us evaluating the last character in a string. I’m sure they’ll evaluate whatever solution we come up with in more robust terms. Perhaps using our solution against entire words or even sentences. This is one of those frustratingly easy to solve human exercises that tests how we condense a simple process into a logical series of steps. Let’s get started with an approach.

Setting Up The Framework

This is one of those scenarios where showing something might just be simpler than describing it. So let’s get started. As usual, I’ll get the easiest stuff out of the way. Let’s declare our conditional framework.

A Brief and Glorious Return to SubStrings

Now that we have that out of the way, we’ll have to determine what exactly we’re doing with substring. Substring is written as substr(). It takes two values. The first value determines where in the string we want to start sectioning things up. The second value tells us the length of the substrings we want. For example, if I had something like this:

The console would log out, “favorite” because it’s starting on the third character (the f) and it’s selecting the next eight characters (favorite). Now, I mentioned before that substr can take negative values. Using a negative value with the substr() method will allow you to start or select from the end of a string rather than at the beginning. For example:

The console will log out, “rolls.” with the period because you’re telling substr() to select the last six characters in the string. This is handy for us because we can use it to:

Let’s get back to our Bonfire.

Checking for the Ending

There isn’t a whole lot we need to do with this one because the framework conditional we set up above was honestly the majority of the work. The most complicated part of this Bonfire is next, that’s the bad news. The good news is, once we get that out of the way, we’re done. Here’s the finalized solution:

What we did inside of that conditional statement is first we determined the last characters of whatever target is. Target pulls its information from the second parameter fed into the end() function. In this case, target is “n”. If we were calling the function as end(“Bastian”, “ian”), then target would be “ian”.

So, knowing that target is already holding what we have to evaluate, we use it with a negative value declared in the substr() method coupled with .length to determine what str is. In this case, str would be “n”. Now that we’ve populated str, we check it against regular old target, which is also “n” and if they’re equal, we return true. If they’re not equal, we return false.

Here’s a visual run down of what’s happening with a different set of parameters for end():

Inside of our actual function, we’re taking in two parameters str and target. Like this:
function end (str, target)

We know str = The Unicorn Ranch, and target is Ranch according to the end() call. Next, we know we have to get to the last values of str, and determine if those are the same as target. Since we already know what target is, we’ll use it to evaluate against str. We can do that by using substr() to select the last elements of str. And the last elements of str will be identified by checking target (Ranch) based upon its length:
str.substr(-target.length)

The above chunk of code is essentially saying, “start from the end of str, then use however long target is to select that many characters.”

Finally, once we have that information, we check it against plain old target, which allows us to evaluate if the last values of str are the same as target. Plug in the above code chunk and you should evaluate and pass the Bonfire.

Gorka Hernandez
Continues to be a great resource with excellent alternative solutions.

Wulkan.me
Has an alternative solution that is a little more verbose, but might be easier to read for some.

MDN, Substr()
A good place to read up on the intricacies of substr(). And while you’re there, check out substring() and sub().