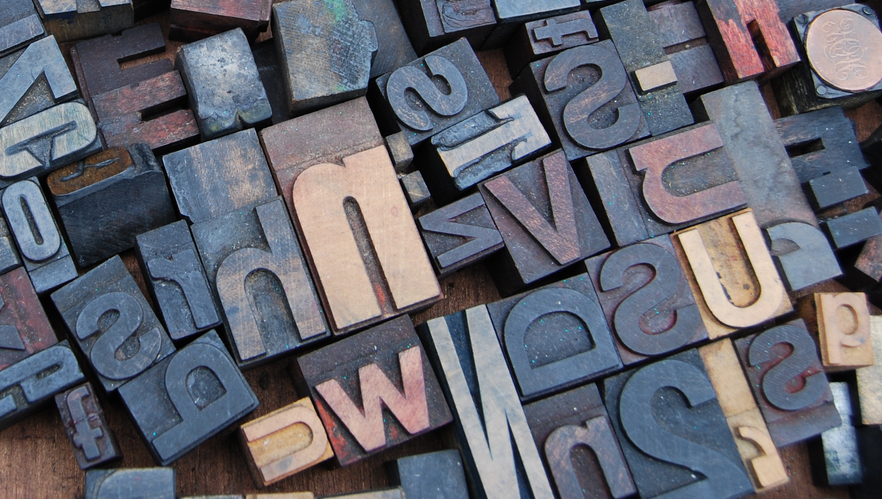 Back in high school, whenever I looked at Arial, I would think, “The World’s Most Boring Font”, then skip it and use something else like Tahoma or Verdana for my sans-serif needs. But then, back in high school, I didn’t know too much about graphic design until college drilled into me the importance of typefaces. Specifically, the difference between Arial and Helvetica.

I think there’s something to be said about my exposure to typography in college because after graduating, I fell into the world of type. One letterpress, a couple sets of type, a few topical mugs, a couple dozen books, a few posters, a suitcase full of furniture, and more ink than I could use in a lifetime later and I’m spending hours wondering if a page would look better set in Palatino or Palladio.

But today it’s about Arial. Or rather, Arial’s seedy history as a copy-cat of what (it seems) is America’s typography darling; Helvetica. See, Arial started life as a look-alike of Helvetica. Where Helvetica was owned by the Linotype Foundry, Arial was created by Monotype. And, to be fair, Arial was inspired by Monotype’s Grotesque (it’s only a name) typefaces. But the question remains, if Arial was based on Grotesque, why does it look so similar to Helvetica? And how are you supposed to tell between the two? Is Arial just a straight up knock-off?

The Difference Between Arial and Helvetica

The argument, believe it or not, has been going on since all this began and it’s not about to be settled any time soon. For the time being, differentiating Arial from Helvetica isn’t so monumental a task. Should you ever find yourself in a pickle where you very livelihood depended upon telling these two apart, here’s a few quick tips.

One of the easiest ways to tell whether you’re looking at Helvetica or Arial is by locating its lowercase T. Laid out side-by-side, you can tell the difference right away with Arial’s sloped T.

Need something else to tell these two apart? Take a look a the S and C in Helvetica then at the S and C in Arial. Notice the slight angle that Arial’s glyphs are cut with? hard to spot when it comes to smaller sizes, but a dead giveaway if you know where to look.