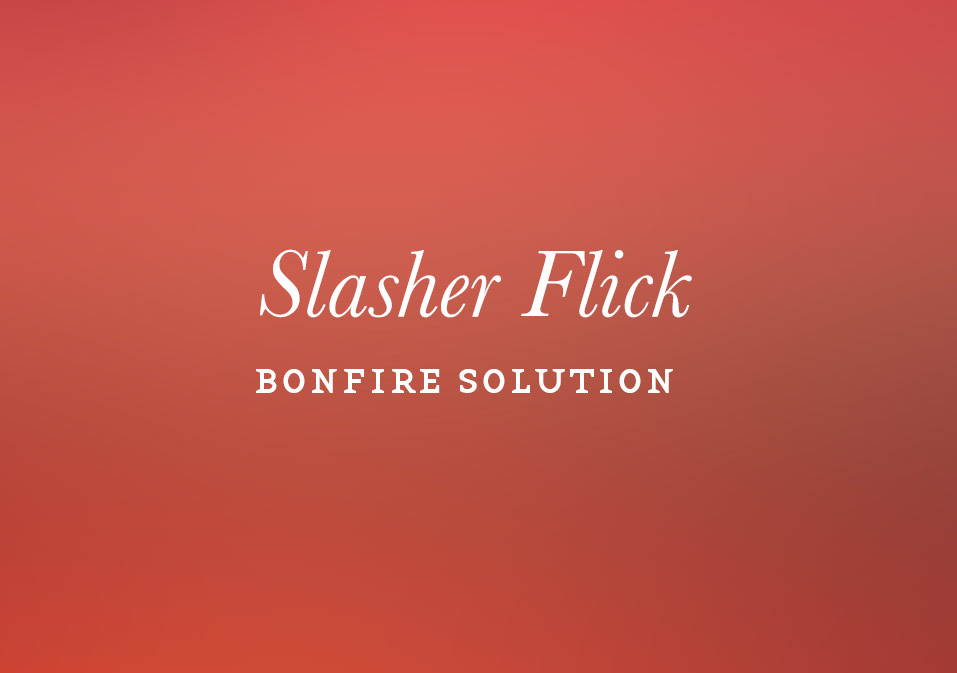 Today we’re going to look into the Bonfire Slasher Flick. The good news, and there’s only good news for this one, is that the solution is extremely simple. The best news is, the solution here isn’t anything we haven’t seen before. So while the title might be a little intimidating, the exercise is pretty straightforward.

Let’s dive into the Slasher Flick by seeing what Free Code Camp has thrown at us today:

So we have the slasher() function that takes in two arguments: arr which is an array of numbers and howMany which is a number that we are supposed to trim from the array. The Bonfire has already given us a couple of good hints, by telling us we might want to look into using the slice() or splice() methods. You might recognize splice() from our previously solved Chunky Monkey Bonfire Solution. And going back a little further, slice() was used and explained in our Title Case a Sentence Bonfire Solution. Essentially, either will work for what we’re going for here. Let’s get started then.

How, we’ve already talked slice() and splice() into the ground. If you need a refresher on how they work, go ahead and check out my linked solutions above. Both will walk you through how each of the two methods are used. I’m going to pick the easier of the two to work with and send slice() in to do the heavy lifting for this solution.

The first thing I’m going to do is use slice() with an argument of howMany. This tells slice() where to go to get the number for how much it’s supposed to, well, slice. Next thing I need to do is call slice on my array. The Bonfire has already gotten us 90% of the way there, and all that’s really left for us to do is call slice(howMany) in the right place. This results in:

In the above code, I am adding a call to slice(howMany) to the return of arr. This means that when we head into slasher(), we’re going to take arr, then return it while slicing off whatever value is in howMany. Run that thing through the Bonfire and it will validate.

If you want to be a non-conformist, or just be a little different about this, the splice() method will work in essentially the same way. You also write it in pretty much the same way except instead of calling slice(), you call splice() instead:

That will validate just as easily as the slice() solution. Hooray! It was about time we got an easy one. I hope you all have a great New Year. See you in 2016!

MDN, Slice()
A useful page that explains what slice() is and how it works on arrays.

MDN, Splice()
A useful page that explains how splice() works on arrays and what it is.